Skip to content
Five of the six participants used the internet as teenagers. For all five, getting online changed their lives in a huge and positive way. Communicating online was a powerful means of social connection, no matter what the topic of discussion was:

‘Talkers, changed my life in some ways…in the 90s, some people took programmes that were supposed to be for games and took out all the games…it was effectively an early chat room…these were called talkers, I accidentally discovered one of the earliest talkers and hung around there, and through that I discovered other talkers and ended up being a staff member on some of them, and wasted a lot of my time, but I also got to know a lot of people, and that changed the cause of my life quite a lot.’
– Robyn (Programmer in multiple languages)

For Lisa, being able to talk specifically about being Queer was very important:

‘They [MSN Messenger and Forums] were so important…just talking to people…for hours and hours and hours…about being queer, not just about that but mainly about that’
-Lisa (Application developer)

For Gemma and Henry, the internet helped them explore their own gender identities:

‘At the time [as a teen] I identified as male. I was assigned male at birth. I started to explore a female identity through the internet and through playing games on the internet. Presenting as female. The first time I did that was literally just as a joke. It was funny to pretend to be female when I was 12 years old. I did that once, and as soon as I started doing it I started to feel strangely comfortable with it, and then I guess that it spiralled from there. I started to make friends as that person, and it actually became who I was, and it felt more like myself in that situation than when I was talking to people face to face in person and presenting as male.’
– Gemma (Games developer)

‘I discovered trans was a thing and genderqueer was a thing…it was like, ‘oh, there is a word for me!’ No way would I have found out about queer and trans otherwise.’
– Henry (Application developer)

Sarah also experienced the massive uplifting experience of getting online, but not until ze got to university:

‘Without the internet I would be completely lost. Without the internet I WAS completely lost…It was a huge change…there was this extra world which I didn’t have access to before…that was much more accessible for me than trying to make friends in real life and it was only because of that that I was later able to go out and make friends in real life.’
– Sarah (Cryptographer and language designer)

There is a sense in which both Sarah and Robyn, the oldest participants, feel that they missed out by not being able to access as teenagers the same online content that today’s teens can. Robyn expresses this strongly, despite their exposure to ‘talkers’:

‘I was saying to someone a few weeks ago, I am so glad for the kids of today, they have wikipedia, they have tumblr, and all this stuff. If you look at tumblr, the amount of understanding and discussion of sexuality and gender stuff, I had no idea…the amount of information that you can just get hold of now…I was in my 20s before I realised that genderqueer was a thing that you could actually be…asexuality was something I heard about when I was 34. I had always kind of known that it was a thing, but the fact that there is a name for it, oh goodness, it is not something that I invented. I am glad that this is becoming an actual thing that people do instead of just a thing you thought you made up…We live in the future, it is great.’
– Robyn (Programmer in multiple languages) 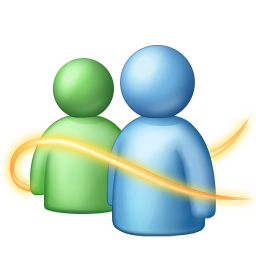 The vital importance of online resources specifically for Queer teens is recognised in a paper by Cserni and Talmud (2015) who conclude that such resources can reduce the risk of depression and suicide for ‘LGBT youths’. It is also recognised in a powerfully personal article by Danah Boyd, which you can read here. They recognise that the internet allows Queer youth to enact identities which may be under threat or impossible in their real-world surroundings (p. 2).
Find out about how the participants went on to use the internet to socialise in their adult lives. Alternatively, learn about gamers, politics, or professional lives.
Loading Comments...